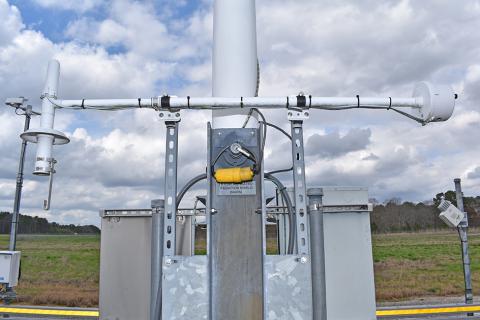 Part of the weather station at Posey Field in Haleyville includes a motor aspirated radiation shield to help keep the sensitive machinery from being exposed to radiation.