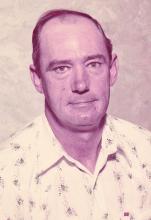 Robert Nelson Harold Buckner, 78, of Haleyville, entered into rest on Tuesday, December 10, 2019 at his residence.

Mr. Buckner was born April 27, 1941. He enjoyed life, liked to ride horses, watch westerns and go on outings. He loved people and his family and would do anything for anyone.

Visitation will be held on Friday, December 13, 2019 from 11 a.m.-1 p.m. at Nichols Funeral Home in Haleyville, where services will be held at 1 p.m. Brother Johnny Gunter will officiate. Burial will follow in Shady Grove Cemetery in Phil Campbell, Alabama.

He was preceded in death by his parents, Arthur Horace Buckner and Amy Gertrude Thomas; brothers, Raynard Buckner, Hiram Buckner and Fred Buckner and sisters, Polly Pearson and Peggy Buckner.