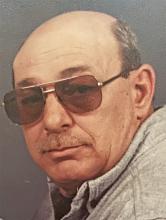 Bobby Wayne Montgomery, 69, passed away Thursday, July 30, 2020.  He will be cremated by Northport Funeral and Cremation Services.  He requested no funeral services.
Bobby was born in Russellville on January 20, 1951, to his mother, Leola Gunter Grubbs and father, Deward Montgomery.  He grew up in the Winston County area.  He later went on to serve in the U.S. Army during the Vietnam War.  Once he left the Army, he then became a truck driver like his father.  He did this job for most of his adult life.
He loved to ride his motorcycle and go fishing before his health declined.  He had a bigger-than-life personality, and will be missed by all who knew him.
He is survived by his sister, Peggy (Bob) Krantz; his three daughters, Terri Montgomery, Lisa (Edward) Sabin and Christy Farlee; his seven grandkids, one great-granddaughter and several nieces and nephews.