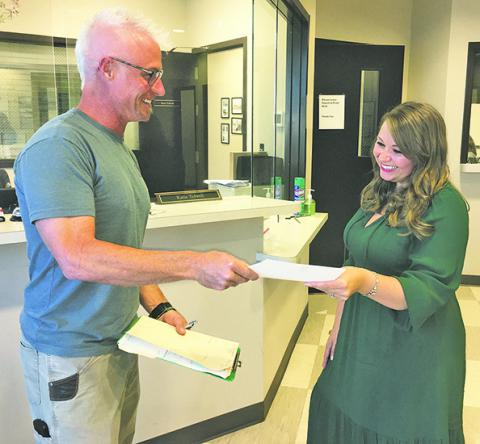 Chris Bailey, owner of CN Bailey and Company general contractors, receives an application for a business license from Katie Tidwell, the clerk at Haleyville City Hall in charge of issuing and renewing of business licenses.

HALEYVILLE  -  A unanimous vote by the Haleyville City Council at their Monday, April 19, meeting reverted the process of issuing and collecting fees for business licenses back to the authority of the city, with the process expected to be complete by June 1.