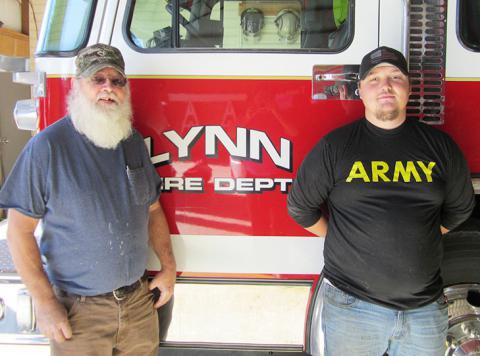 LYNN - The Town of Lynn has a new fire chief, who was hired in that position effective Monday, Dec. 17. Tim Harris, the son of the former fire chief David Harris, has been named.

Due to health reasons, David has stepped down from the position. However, Tim has the experience needed to carry out the responsibilities of the job.

Tim has been part of the fire department in Lynn for 11 years, starting when he was just 13 as a junior firefighter.

“When David was here, I really appreciated what he did for the town when we needed him the most,” Mayor Jeff Stokes said.

His son Tim was appointed temporary fire chief until the town council had the opportunity to vote on it at their regular scheduled meeting Dec. 17.

“I started out as a junior in 2007,” Tim said. When Donnie Cagle passed away, I went up there and joined up.”

He became a regular firefighter when he turned 18.

“Any and every thing that has happened since when his dad was chief, he’s been right there with them,” Little said.

“I appreciate him stepping up,” Stokes added.

“I don’t plan on changing a whole lot,” Tim said, though he does plan on cutting down on response time and training improvement.

In other news, Little brought the attention of one of the rescue vehicles, a Ford Explorer, needing to have maintenance work performed on it.

It will need struts on the front, shocks on the back and drag links. The amount of the parts, with members of the fire department doing labor, is $550.20.

“It’s a touch bouncy,” Lynn Police Chief Derreck Cagle stated. “That vehicle runs more than any we have.”

The vehicle goes on all medical calls, as well as fire calls.

A motion was called and passed to vote for the vehicle expenses since it was not on the agenda. Little made a motion to pay, Odom seconded and the motion passed.

The next town council meeting will be Monday, Jan. 24, at the old town hall. 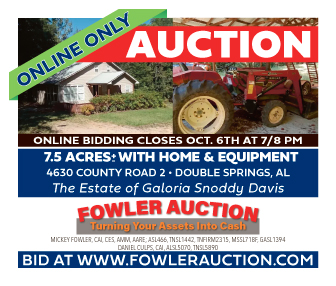