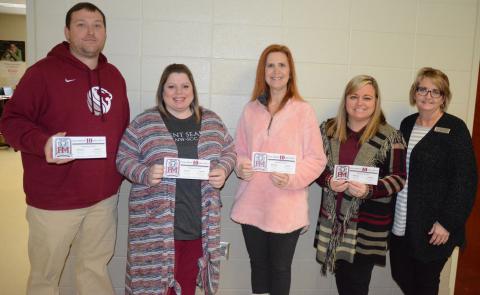 Teachers who have been with Haleyville Middle School since its opening 10 years ago, get ready to celebrate the special occasion on Tuesday, Feb. 26. The public is being cordially invited to attend this special event. From left, Dusty Ball, Renea Allen, Amy Farris, Susanne Trallo and Assistant Principal Tammy Hatton.