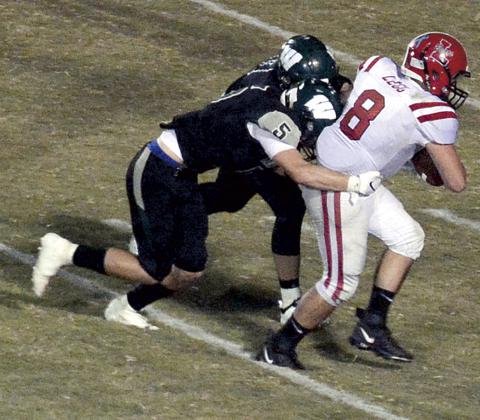 Carson Legg drags two defenders down field on a carry.