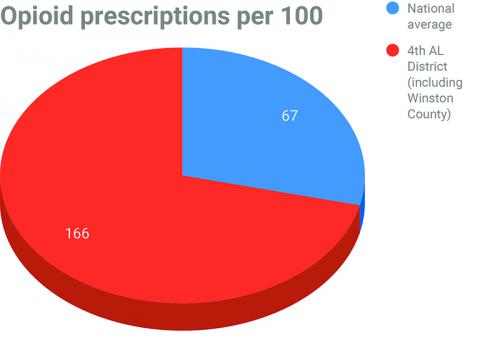 WINSTON COUNTY  -  The opioid abuse epidemic in Winston County has prompted  officials from throughout the region to band together and form a coalition to not only fight the problem, but create measures to help those suffering from abuse.
The Northwest Alabama Coalition for Substance Abuse has been officially formed after a meeting held in December at the conference room of Lakeland Community Hospital in Haleyville, which plans to use its Detox unit as a key part of this program.
The Coalition comprises officials from across Winston, Marion, Franklin, Cullman, Lawrence, Colbert and Lauderdale counties, all working together for a common goal.