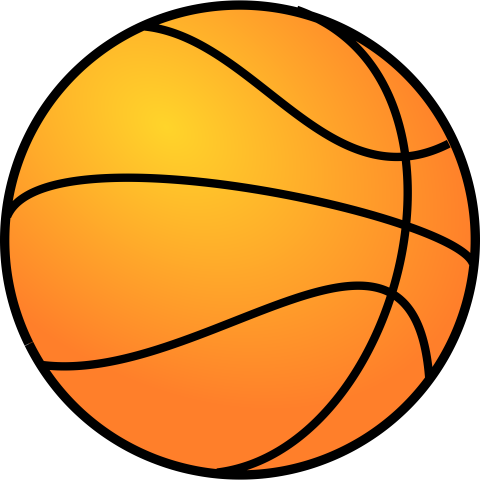 WINSTON COUNTY    - The public attending middle school and high school basketball games across the county are being urged to follow safety protocols regarding the ongoing COVID-19 pandemic in order for these games to be allowed to continue.
Winston County Schools Superintendent Greg Pendley announced last week that all schools in that district would be virtual only with instruction for the remainder of the semester until classes resume Jan. 8, after the Christmas and New Year’s holidays.
The reasons for this decision were excessively high numbers of absences from both students and faculty related either to positive COVID-19 tests or resulting quarantines, Pendley explained.
Haleyville City Schools Superintendent Dr. Holly Sutherland reported that district’s numbers were manageable, and that school would continue, as of press time, to follow their calendar for the remainder of the semester.
Despite students from all Winston County Schools not being in traditional classrooms for the remainder of the semester, high school and middle school basketball games continue to be played. School officials state that the public has the responsibility of doing what is necessary to make sure these games are safe and continue.

Pendley said Winston County Schools would continue to follow the guidelines set forth by the Alabama High School Athletic Association.
The AHSAA recommends that school administrators, coaches, players, officials and spectators continue to follow the Best Practices Return to Play document released on July 29, and amended Sept. 10.
Best practices for winter sports require all players, coaches, officials and spectators to refrain from congregating within six feet of a person from another household except to the extent necessary for players, coaches and officials to directly participate in athletic activity, according to the document released by the ASHAA.
“When physical distancing cannot be maintained, facial coverings must be worn,” the AHSAA states.
Concerning spectators, the AHSAA  states that participants may attend sporting events, but that attendance should be significantly reduced. However, the AHSAA leaves the amount of reduced capacity up to individual school systems.
“All decisions concerning spectators, student sections, indoor seating, etc., are under the guidance of home management and should be in accordance with the minimum requirements of the state health order,” according to the AHSAA.
This includes the order’s social distancing requirements, as well as requirements from the Centers for Disease Control, Alabama Department of Public Health and local health guidelines, the order stated.
Another section of the order reads, “Venues used to host athletic events are not subject to a specific capacity limit, but capacity will be necessarily limited by the requirement to maintain proper distancing between spectators from different households.”
Capacity in gymnasiums for Winston County school sports is limited to only 60 percent, Pendley stated.
“Spectators shall wear a mask or other facial covering that covers his or her nostrils and mouth at all times while within six feet of a person from another household,” according to the AHSAA guidelines.
Pendley stressed that a time may be coming that, if people don’t follow the necessary guidelines and safety protocols, the entire sports program could be shut down.
“The only way I will know if a team that has X number of players or their parents infected or quarantined or their parents are, so they can’t play,” Pendley said. “At that juncture, that gives me the numbers I would need to make a decision.”
The Winston County High School basketball team had three starters quarantined for their first several games, but those players have returned, educators said.
“That’s the reason everyone needs to do due diligence, so those students can finish their seasons,” said Pendley, “because some of them are seniors, and they’ll never be able to play again.”
Pendley noted that some athletes across all Winston County Schools campuses have been in quarantine.
However, these numbers as of press time did not constitute a high enough percentage to consider shutting down the remainder of basketball season, school officials said.
“It’s not an easy decision to make,”  Pendley said.
Double Springs Middle School Principal Ben Aderholt noted that both of his school’s girls and boys basketball games had to be cancelled because members of both teams had been quarantined at one time.
“We had games against East Lawrence, and we cancelled that because of the situation going on,” Aderholt noted last week.  “We had so many of our basketball players in our 7th and 8th grade basketball teams...we had four within a short period of time, most of them starters, who came down with it,” Aderholt said.
“The girls junior high basketball team were completely quarantined prior to the Thanksgiving break because we had a situation where one of the players was around all of the other girls at practice, so the whole team had to be quarantined,” Aderholt pointed out.
That quarantine period has passed, and the team is back at practice, school officials said.
As schools returned from the Thanksgiving holiday, members of the junior high boys team, had to be quarantined due to contact tracing, Aderholt explained.
The AHSAA reports that regular season area contests should be played as early as possible.
If an area game is cancelled for any reason, the schools should reschedule as soon as possible, but no later than Feb. 2.
If an area game cannot be played by Feb. 2, the team that cancelled the contest will accept a forfeiture and record a loss for that game, according to the AHSAA.
The AHSAA also recommends that locker rooms be cleaned and sanitized prior to games and team benches extended or modified in accordance with six-foot social distancing guidelines.
Haleyville High School Principal Davey Reed stresses rules have been set in place for basketball games, with a boost on monitoring and enforcement from the school resource officer as well as faculty.
“Everyone has to have a mask and a temperature check to enter,” Reed began.
The school also emphasizes online ticket sales, although a paper money gate is still managed, he added.
“We sold season tickets, and we sold bunches of them. That is less contact,” Reed noted. “All we have to do is look and see who it is and highlight their name on the list. We have a list of who has bought season tickets.
“You are not going to enter without me handing you a mask if you don’t have one,”  Reed said.
Also, HCS allows only a third of the actual capacity to enter the gymnasium. That means only 350 of the gym’s capacity of 1,000 are allowed  toenter under COVID safety guidelines, according to Reed.
Students are allowed to sit with their families or school friends who they are around all day, he said.
“We make sure our school resource officer is there at all of our home games. He helps with social distancing,” said Reed. “Everybody has got to take it upon themselves to do their part when you’re talking about a crowd.
“There is personal responsibility that also goes within the guidelines, too,” Reed pointed out.
Concession stands at basketball games  are similar to those in football season, where foods are prepared on site in accordance with public health guidelines, Reed explained.