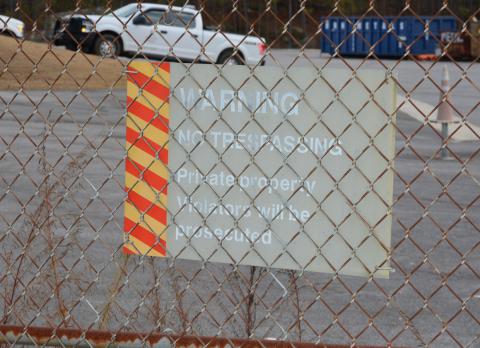 A sign posted on the fence at the Alabama Power substation.